The latest science inventions (taken straight out of the movies)

The latest science inventions are always fascinating. They are a glimpse into the future. A little peek into what we can expect to see around us in a few years’ time.

They are usually unbaked discoveries that speak more of potential than of actual products, but with some time and perseverance they are very likely to become a fixture of our future life in some odd years’ time.

In this article I chose to write about the latest science inventions, in the last few years that might become some very cool inventions in years to come. Some of these are the materials movies are made of or they seem to have come out straight from a science fiction comic book – but they are real!

Straight out of the fictional world of Harry Potter, this is one invention that makes our imagination go wild: an invisibility cloak. A fabric you can drape over yourself and will make you disappear, for all intents and purposes. 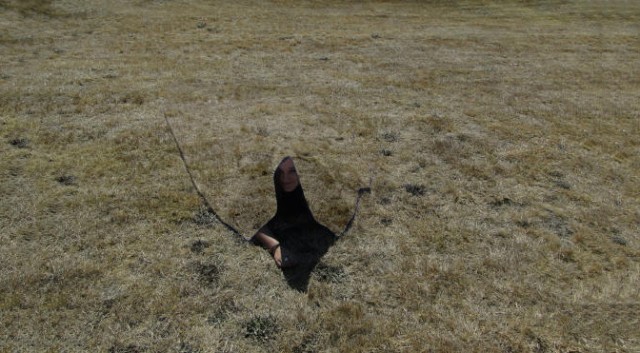 Scientists have been trying to make objects appear invisible for years, and while some attempts came close, none really brought us closer to the fictional fabric which allows you to see and not be seen.

Until recently, when a Canadian company called HyperStealth biotechnology Corp announced that they have managed to develop a fabric which looks like the real thing.

The fabric they have developed, which they called ‘Quantum Stealth’ is allegedly able to provide whoever wears it with total concealment, without using any mirrors, cameras or power sources.  It does so by bending the light to create the appropriate effect.

The company is developing the fabric as a tool for soldiers to use in combat and its CEO has recently claimed in an interview that the invention has already generated strong interest from the U.S. military.

Had enough of cables and wires connecting your mobile phone, your computer and any other electric device in your house to power?  Frustrated with finding a charger and plugging your devices to charge again and again? The solution might just be around the corner. Wireless power, which is similar in concept to a wireless internet connection, is already here.

How does it work? The technology is called resonant magnetic coupling, and allows devices to share energy through magnetic fields. The process allows power to be transmitted through several meters of distance. The power is transferred through the air between electric coils.

The earliest research and scientific discovery was done by researchers in MIT (Massachusetts Institute of Technology), and it has evolved into a spun off company: WiTricity. The company looks to redefine how we use energy, and to create an environment where we could power devices without the need to plug them into an outlet.

The company claims the low levels of magnetic fields they are generating don’t pose a risk of radiation or other safety concerns.

The potential is huge: from the convenience of charging your phone on the go, and never having to use wires and cables again, all the way to electric self-charging cars and medical implants or electric robots, that could work without batteries or the need to plug into an outlet.

Scientists from the University of California, Irvine are working on developing a new technology that will revolutionize communication. Once it materializes you would be able to create a voice mail or email and send it by thought alone – without the need to pronounce a single world.

The technology reads the electrical activity in the brain, in a method similar to EEG. It’s the modern incarnation of thought reading and is known as synthetic telepathy.

The research was funded by a grant from the US army with two objectives in mind: to compose a message through thoughts alone and to send it to a particular target (a device or a person), solely with the power of thought. Once the message arrives at its intended recipients it could be read as a text or audio message.

This very cool technology has many important implications. It can be used in army intelligence efforts, or it can help patients suffering from degenerative deceases to communicate (as they lose control over their muscles their brain still remains functional, and this new technology could help them communicate with the outside world).

If you are worried other people would soon be able to read your mind and all your secret inappropriate thoughts, fear not. Researchers are saying it will take at least 20 years before the technology will reach a level where it could be used commercially with precision. Even then, the ability to compose mind messages would take a lot conscious efforts and training. And you could always turn the EEG device off…

Have you seen that science fiction movie where the hero gets hurt and regenerates a part of his body?  Where the body just heals itself? a new scientific discovery could be helping real life humans achieve the same results.

Researchers have discovered that by isolating a small amount of material extracted from a pig’s bladder, they could reawaken the body’s ability to heal itself. The material, known as extracellular matrix, or ECM, is a fibrous substance that fills the spaces between cells.

The latest scientific discoveries show that the material contains powerful proteins that can stimulate the body’s ability to regenerate itself.

Successful experiments have already been done, with a finger amputee who used the powdered material to help his finger rebuild itself (flesh, nail and all), as well as with an American soldier who had more than 70% of his leg blown apart in battle, but managed to regenerate his muscles to a level that allowed him to function almost normally.