The Invention of Video Games

Ever wonder about the story behind the invention of video games?

If you are reading this article in 2013, you probably imagine video games as being the latest and greatest sophisticated software or online games we are used to seeing today. However, the story about how video games were invented, dates back to the 1940’s and to a patent registered by the US patent office in December 14 1948 under the names of Thomas T. Goldsmith, Jr. and Estle Ray Mann.

The invention patent was called: “The cathode ray tube amusement device” and to this day is considered the first video game to ever be invented.

The game, who many consider to be the first video game invented, was never actually sold to the public, since the cost of manufacturing it was considered too high.

Only handmade prototypes were made of the first electronic game, but it has set the stage and given the inspiration, for many video games created later. 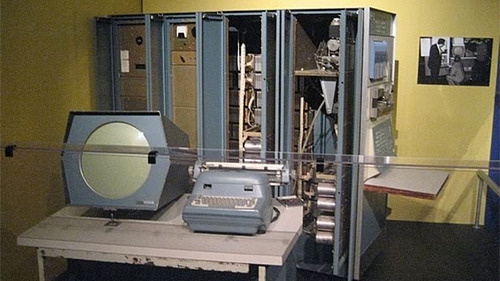 The invention of video games - how did the first game work? 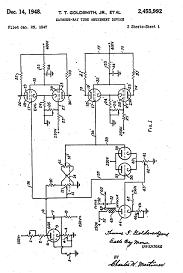 The first video game used a cathode ray tube, and was constructed of analog electronics. The patent application submitted to the US patent office, describes a device that allows a player to use buttons and knobs to manipulate a cathode ray tube beam in a manner that simulates firing at moving ‘airborne’ targets. A transparent sheet of printed squares including targets and airplanes images, was overlaid on the CRT screen and used to define the targets users were aiming at.

The video game inventors, write in their patent application that their invention is a device on which a game can be played, and one which requires skill that can be improved with practice. The screen was designed (via the overlay sheet) to resemble a world war II radar display. Essentially when a user manipulated the knobs and buttons he was able to focus and move the beam to ‘hit’ the location of the targets or planes. When the beam, which appeared as a dot, touched the target, the player could press a button and the bean would diffuse –creating a simulated explosion.

This first video game was purely mechanical and didn’t resemble the modern video games we know today, at all. It didn’t have a memory device, didn’t include any programming and no computer was needed to create it or play it.

The first video game was nothing more than a device, which was originally used to record and control the quality of electronic signal. The strength of the electronic signal was controlled by the buttons and knobs, and they in turn changed the trajectory of the Cathode ray tube light beams.

The Invention of video games: The inventors 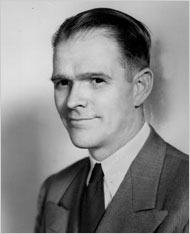 Who invented the first video game? The patent application is signed by two people:

Goldsmith, was an American professor of physics and known as one of the pioneers of American television.

He was considered an innovator and has more many patents written to his name, including different innovations in the development of television and several electronic testing patents.

Not much is known on Estle Ray Mann, who was his partner in this invention.

Return from the invention of video games to famous invention stories

Return from the invention of video games to inventions